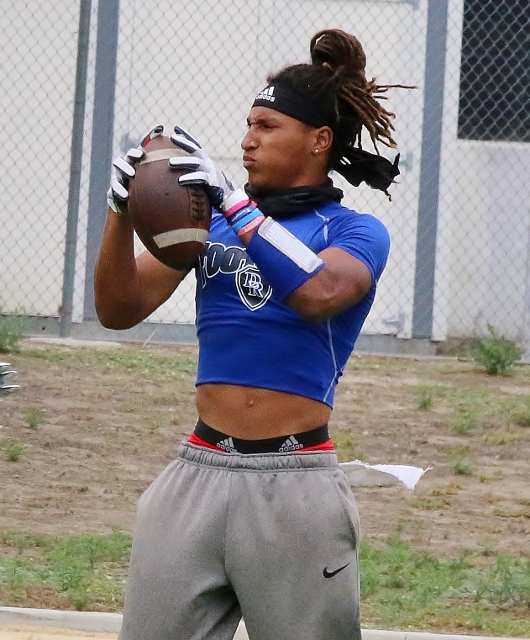 Nin Burns II has been cleared by CIF to play for Diamond Ranch. (Photo by Duane Barker).

(Pomona) – Nin Burns II, who played quarterback at Covina last year, has been officially cleared by CIF as a transfer to Diamond Ranch the CIF Southern Section website posted Wednesday.

Burns II is expected to play wide receiver as well as cornerback for the Panthers. He has been working out with Diamond Ranch all summer at those positions. Daymon Burns, Nin’s brother, has been cleared to play for the school as well.

Both are expected to be in the lineup Thursday night for the season opener at Bishop Amat.