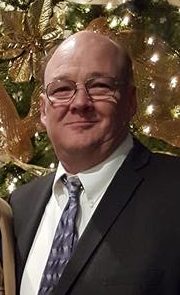 (Glendale) – The close of the 2019 high school football season provided us with many of traditional elements that we have come to expect every year…teams battling for the last available playoff spot, coaches looking for something to keep their returning players motivated through the long off-season, players wondering if this is the last time that they will ever wear a helmet and pads…however, the last week of this season also provided us with a few surprises, from some of the most obscure corners of the football universe.

The annual Glendale-Hoover meeting, dubbed the “Battle for the Victory Bell”, closes the season for both teams. It is a rivalry game that dates back to 1930, when Hoover High School opened their doors. Hoover won the inaugural contest, although Glendale has amassed a 51-36-2 lifetime advantage. To all involved, this game has become something special, which leads us to this year’s contest.

To the casual observer, this game did not appear to be anything out of the ordinary. As usual, this was the Homecoming game for Glendale High. It had all of the usual
Homecoming components…the band, the Homecoming Court, alumni, flowers, balloons, banners, etc. However, a deeper look reveals that this occasion was something very un-ordinary.

The teams that took the field for this contest were not varsity players. These teams were comprised solely of Freshman and Sophomores. Hoover High School, who is in the process of rebuilding their football program, does not currently have a varsity team. So, in an effort to preserve the rivalry, the schools agreed to having their underclassmen meet under the bright “Friday Night Lights”.

This contest was the brainchild of the Hoover and Glendale High School principals, Dr. Jennifer Earl and Dr. Benjamin Wolf, respectfully. Dr. Wolf explained that this was to ensure that the students from both schools got to experience “this”, as he pointed to the home section of the stadium. Dr. Wolf continued by saying that cancelling the game affected not only the football teams, but also the band, the cheerleaders, and Homecoming court as well.

As the teams took the field, it became obvious that everyone had completely bought in to this concept. The Glendale players wore the varsity uniforms. Additionally, Glendale’s Varsity coach, Cary Harris, joined Frosh/Soph coach Hector Martinez as “Co-Coaches” for the evenings contest. The teams even played 12- minute quarters, which are traditionally reserved for varsity games.

Further adding to the experience, was the presence of the Glendale varsity players, who were on the sidelines, supporting the underclassmen that were on the field. As the game progressed, it was hard to tell who was more excited, the players in uniform, or the players that were cheering them on. At one point, I observed one of the varsity players congratulating his Frosh/Soph counterpart, after the latter had successfully executed a play, “That’s the way!! I knew you had it in you!”

For their part, the Hoover players and coaches provided excitement, spirit, and a formidable game plan. The Tornados showed grit and pride in the face of a spirited
challenge. Congratulations to coach Azad Herabidian and his team for their dedication and perseverance. This game did not serve to deter them in any way. In fact, I overheard one of the Hoover players telling his Glendale counterpart, “Next year, the game is at our house.”

This was football in its purest form. There was no title on the line, no playoff berth to fight for, no college scouts…and only one member of the media. Essentially, this was 53 students, boys and girls, who chose to suit up and play the game.

In the end, the Glendale High School Nitros were victorious, winning by a score of 46-8. While this contest may not have been an exercise in perfection, it was perfect. It was perfect, simply, because it was played.

3 Comments to "The Game Must Go On"