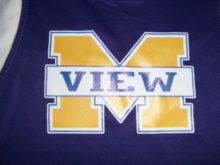 [El Monte] – Mountain View’s first year of varsity football was 1972 under coach Bob Casper as it finished 0-9 and got shut out five times.

The Vikings first winning season wouldn’t come until 1975 as they were still under Casper and finished 5-4.

In 1979 View got into the playoffs under coach Chuck Magnuson for the first time in school history, but lost to Royal Oak 39-14 in the first round finishing 4-7 overall.

The 1981 season was another bad season for the Vikings as they finished 2-8 under new head coach Steve Alonzo however Alonzo was the last coach to beat Arroyo – a 14-13 victory.

Mountain View opened Viking Stadium in 1984 but the season didn’t go well. View was shutout seven times with its lone win coming against Marshall in Week One 7-6.

In 1987, the Vikings got into the playoffs under coach Joe Dankert with a 5-5 record. El Centro Union shut them out in the first round.

Mt. View had the best season to date in 1988 making the playoffs for the second straight season under Dankert but lost to Cajon in the first round.

In 1997, the sixth season with head coach Frank Alonzo at the helm, the Vikings got into the playoffs behind running back Christian Salazar. Alonzo won Coach of the Year honors but Montebello bumped them out in the first round.

The 1997 season was the Vikings last “successful” season.

Why Not The View? is the second of a series.