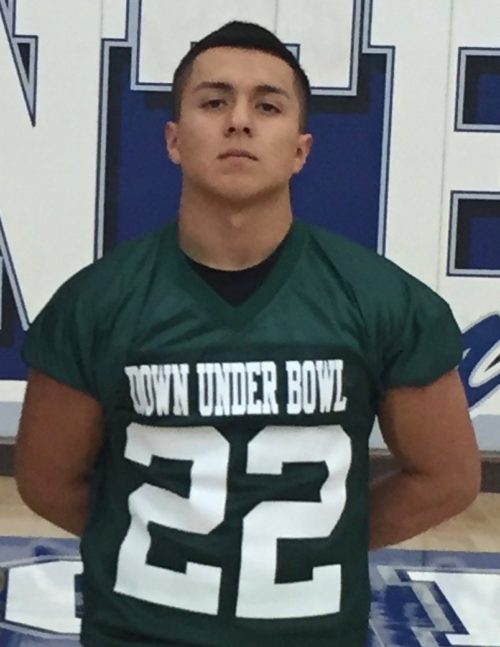 Roy Barajas is one of the top 5 best players that Joel Sanchez ever coached.

1. Brandon Martinez (QB – MVL MVP, CIF POTY, SGV POTY, Maxpreps And Cal Hi Sports All State): One of the best players to come out of El Monte High School and play in the MVL. He outworked everyone on and off the field. He wasn’t the biggest or fastest but he did not like to fail and he showed everyone on Friday night. A true leader and set the standard for the QB position in the Valley.

2. Abel Barajas (WR/LB All League, All CIF, Maxpreps and Cal Hi Sports All State): Big, strong and sneaky fast. Amazing hands and strength. A nightmare match-up for any corner that he played against. Would punish anyone that got in his way.

3. Julio Tena (OL/LB – 1st All League, All Valley): They don’t make them any tougher than this guy. He bleeds EM blue and was a force on both sides of the ball. Hard hitter and would open up holes against anyone.

4. Luke Ayala (RB/DB – 1st Team All League, All Valley): Fast, smart and elusive. One of the most athletic/smartest football players I had the pleasure in coaching. He loved to get the ball in big situations and always came through. Football IQ is through the roof.

5. Roy Barajas (RB/CB 1st Team All League, All Valley and All CIF): This kid would punish you and run away from you on any given play. He was strong and very athletic. Played on both sides of the ball. You always needed to know where #7 was at because he was one carry away from taking it to the house.