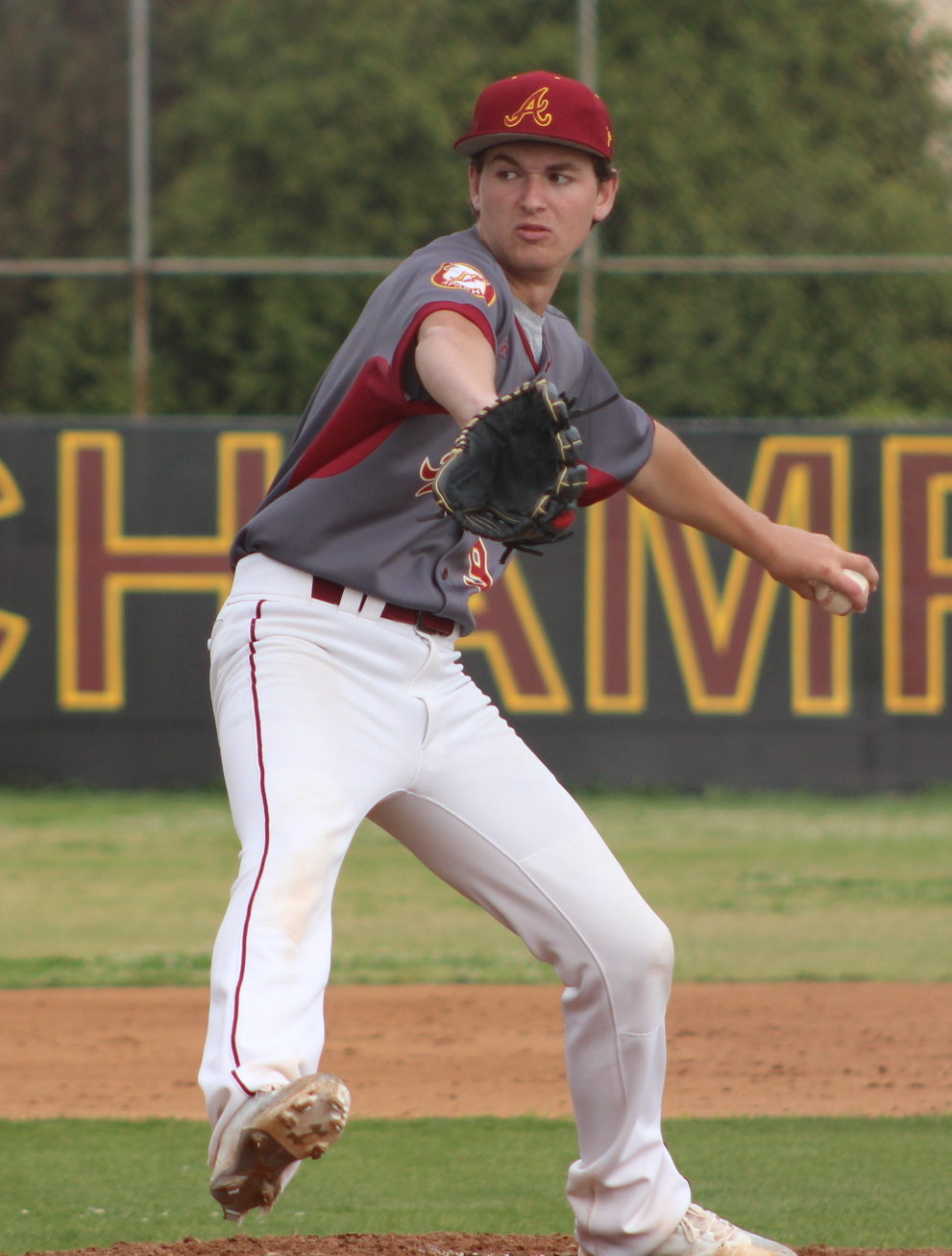 Caden Ross and the Apaches came up a buck short.

(Arcadia) – Crescenta Valley scored two runs in the top of the second inning and it proved to be enough as the Falcons beat Arcadia 2-1 to end the Apaches perfect 23-game run Tuesday night at Giambrone Field.

Lorenzo Respicio had an RBI single and Isaac Sung hit a sacrifice fly to eventually score Respico to give CV a lead it never relinquished.  Arcadia took a 1-0 lead in the first when Dominick Tello singled home Jacob Lopez.

Falcon pitcher Trevor Beer made the one run lead stand up as he worked into the seventh inning before being replaced by Luke Hempel who closed it out. Bell struck out six and allowed just the one earned run. Arcadia had the tying run thrown out at the plate to end the game.

Caden Ross started and went four innings and allowed two runs for Arcadia before being relieved by Chris Wilson in the fifth.

With victory Crescenta Valley, 22-4 overall and 13-0 in league, clinched a share of the Pacific League title. Arcadia is now 23-1 and 12-1 in the Pacific.