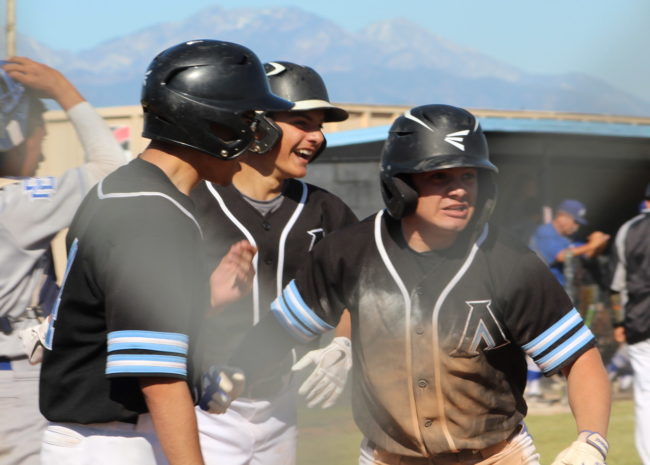 Ivan Ortega (right) celebrates his inside the park home run that ignited Arroyo.

(El Monte) – Arroyo scored all six of its runs in the fourth inning and made them stand up in a 6-4 win over El Monte Wednesday on its home field. With the victory the Knights improved to 8-1 in the Mission Valley League and moved two full games ahead of the Lions.

Arroyo fell behind 2-0 after El Monte came up with two in the third but then turned it around with six in the fourth. In the fourth Jason Rios walked and two batters later Aaron Martinez singed to load the bases. Ivan Ortega then ripped a line drive that found the gap in right-center field. By the time the dust had cleared four runs had crossed the plate including Ortega who put an exclamation point on the inside the park home run with a headfirst slide.

Alexander Peterson threw a complete game to notch the victory.

The Knights added two more when Felix Perez singled and scored on a double by Oscar Hernandez. Hernandez then cruised home on a base knock by Jarin Pinuelas.

El Monte drew first blood in the third inning. Nomar Perez reached on an error and scored on a triple by Joseph Herrera. Johnny Gaytan’s double to center plated Herrera.

Herrera started for the Lions and worked three scoreless innings before being relieved by Sergio Gonzalez in the fourth. 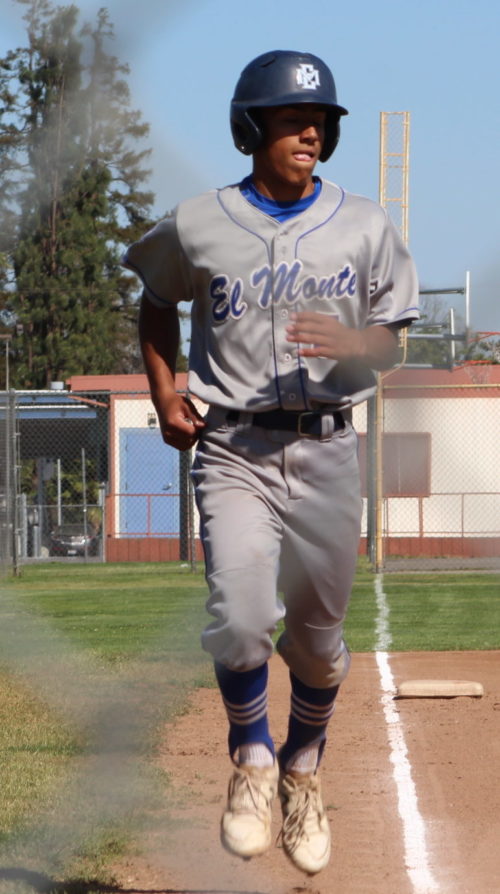 Joseph Herrera tripled in a run and then scored a run for El Monte for an early lead.