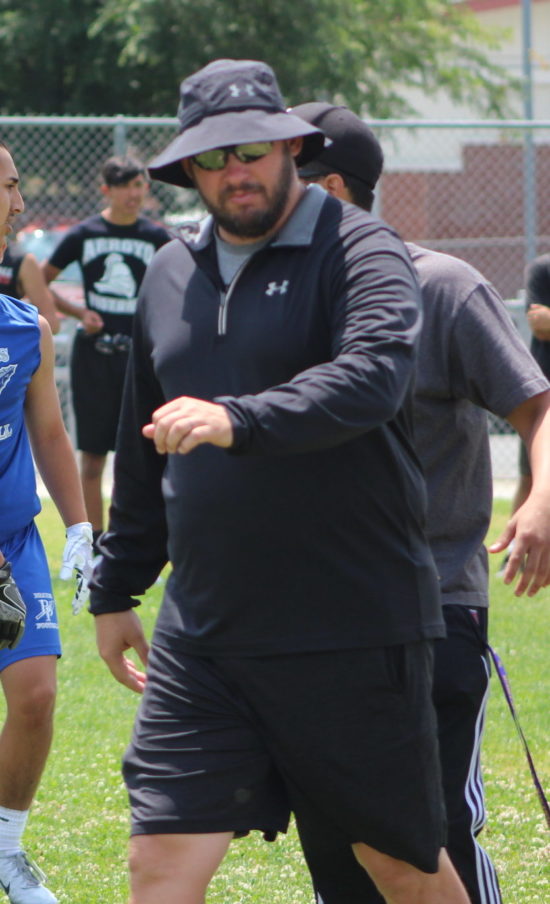 Josh Knight has been promoted to AD at Baldwin Park.

(Baldwin Park) – Josh Knight, who was named the head coach at Baldwin Park earlier this year, is now the Athletic Director at the school he confirmed Saturday.

Knight will serve as AD only and an interim head coach will be announced this week as soon as it is approved by the board.

Knight who is an alumni of Baldwin Park is looking forward to the opportunity.

“I’m excited about it. We are really going to be focused on sports now here at Baldwin Park- not just football but all sports. We have the facilities and our main focus will be keeping all of our local kids here,” Knight said. “In the past it hasn’t always been that way. We have a ton of talent and Baldwin Park is a big city. It’s just a matter of  keeping all of our kids here.”

Knight, a former assistant at Arroyo and Buena Park, was advised of the possible move to AD when he accepted the head coaching position.

“I wouldn’t mind doing both but with us now being more sports oriented we are going in this direction.”

The Braves open up at home this Friday night against El Monte.

18 Comments to "Knight Goes from HC to AD at BP"