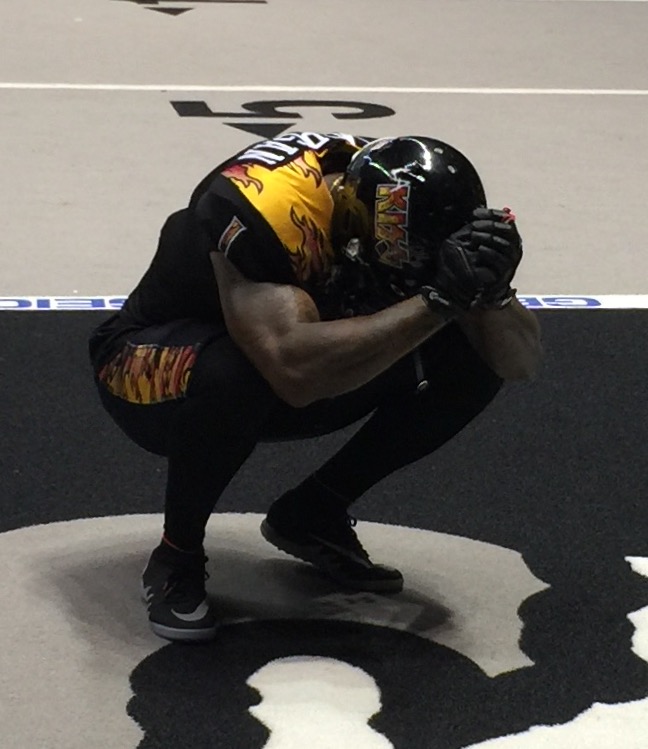 (San Diego) – The KISS saw a 12 point fourth quarter lead evaporate and fell to Cleveland 56-52 Sunday in the first round of the playoffs before 4,269 at the Valley View Casino Center.

Leading 46-34 early in the fourth quarter the KISS appeared to be in control. But Cleveland quarterback Arvell Nelson found Devin Wilson on a corner route for a touchdown to cut the lead to 46-41. The Gladiators then attempted an onside kick and the KISS recovered. However they failed to convert when Rory Nixon was stuffed on fourth down and Cleveland got the ball back. 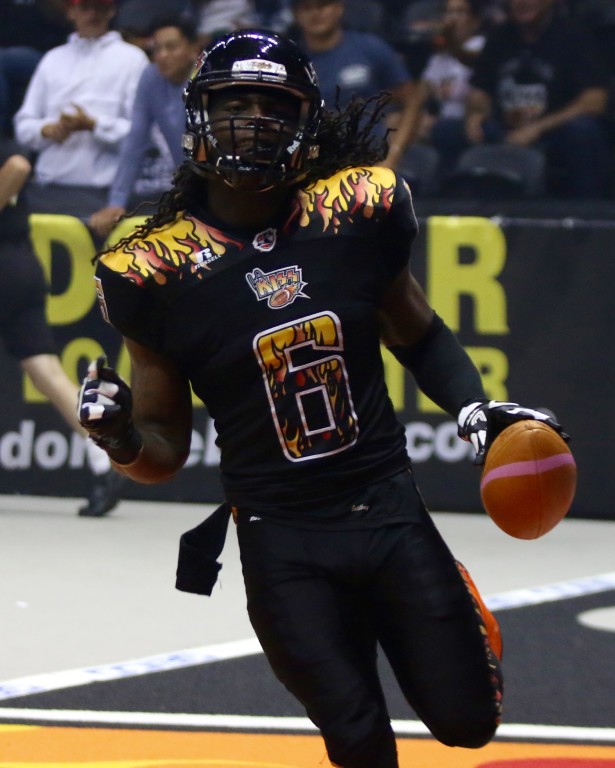 Josh Victorian provided the denfensive highlight for thr Kiss with an interception.

The Gladiators took the lead when Nelson scored on a one-yard run with 39 seconds remaining. Disaster then struck for the KISS. The ensuing kick off bounced off the bar and right into the hands of Wilson who sprinted into the end zone to ice the victory. The KISS offered one last murmur of protest when Nathan Stanley hit Fred Williams for an eight-yard touchdown but it was too little, too late to stop elimination.

The loss was a bitter pill to swallow for the KISS not only because the lead got away but also because kicker Garrett Lindholm missed four extra points – the exact amount of points  that they fell short.

Cleveland led 20-6 after one and 27-25 at the half. Larry Beavers had a pick six for a score and Joe Powell returned a kick off for a touchdown to spark the Gladiators.

Three touchdown passes by Stanley – two to Donovan “Captain” Morgan – in the second quarter kept the KISS in the hunt. Clevan Thomas also had a big interception to set up an LA score.

The KISS took their first lead of the game on the first possession of the third quarter when Nixon scored on a run for a 32-27 advantage.

Josh Victorian picked off Cleveland quarterback Arvell Nelson on the next possession to put LA in position again. The KISS took advantage when Stanley found a streaking Morgan in the end zone and just like that the KISS were up by 12 at 39-27.

The Gladiators responded with a Nelson TD toss to cut the lead to 39-34.

The KISS answered right back when Nixon capped a drive with a touchdown run to put the KISS up 46-34.

Then the wheels came off.

Stanley completed 19 of 34 for 205 yards and five touchdowns and an interception for the KISS. Morgan, who said he is retiring from Arena Football, caught nine passes for 132 yards and three scores in his last game. Rory Nixon had two rushing touchdowns and one receiving.

For Cleveland Nelson was 13 of 26 for 202 yards and a pair of touchdowns with a pick.

The KISS finished the season at 7-10 overall while the Gladiators, now 8-9 advance to the next round to face the Arizona Rattlers.