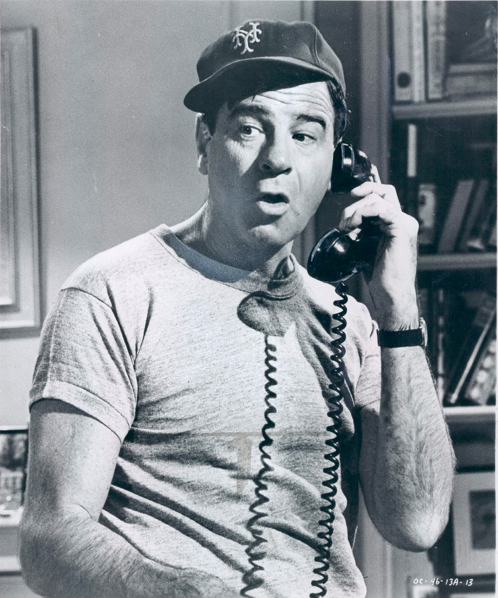 Right off the Top: What I miss most about getting older is playing ball. Right now, I d settle for scoring from first to home in slow-pitch church softball…

Don’t get me wrong, I enjoyed hitting home runs…but few things were ever better than getting on first base, taking off with the pitch, and then scoring on a base hit. 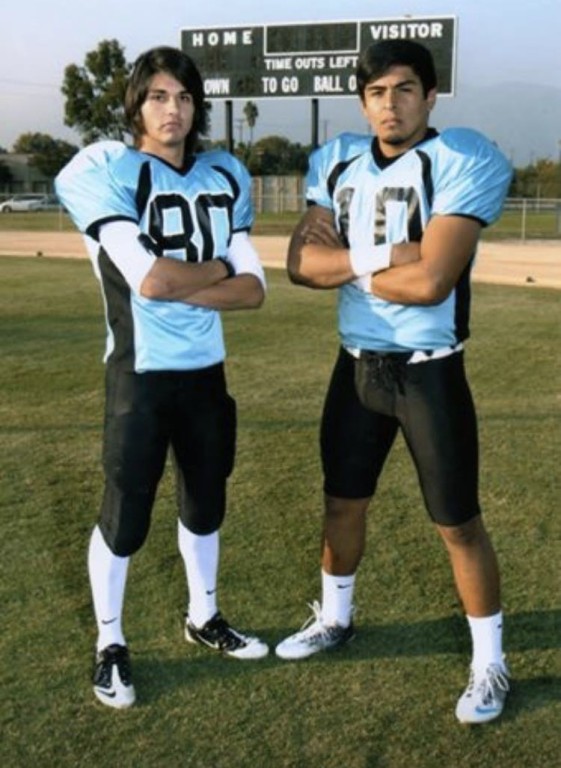 Plus his hair is better than Bustamonte’s.

Safe argument to make that Los Angeles Rams left tackle Greg Robinson might be the most important part of the team’s offense this season.

Last Add Rams: If Nick Foles throws three touchdown passes and leads the Kansas City Chiefs to a win tonight…How many media posts will there be saying the team should have kept him?

I have a firm belief when we get to Heaven…those of us that are going, I mean. I can’t say with any accuracy the entire Mid Valley Sports staff or all those in our coverage zone will be Spiritually Eligible…I think we’ll have the opportunity to play ball.

“This book has been such a breath of fresh air. Reminding me why I sit on bleachers and what a community is all about. Most importantly what high school football is all about. I read the book 3 times.”
“Anyone who has a kid trying out for his High School football team needs to read this book. Torosian has taken his 20 some years of reporting on Prep sports, mixed a healthy dose of San Gabriel Valley insider references and created a very readable first effort.”
“A page turner…I’m sorry it’s over! Is a sequel in the works?”
“Torosian does for high school football what Hemingway did for the Spanish Civil War…compelling look beyond the scoreboard and into the lives of players…”
“A truly great story unfolds in the pages of Joe Torosian’s first novel. With high school football at its core, the story of Dale Andrade shows how a young man grows in all aspects of his life thanks to being a part of a team and a football community.”
“This is a great read for everyone: from those who love high school football to those who have no idea about the game.”
“This book brings you onto the field and into the locker room…”
Joe Torosian’s high school football novel is available through Amazon.com –click pic–
(Cover by Pat Cherry www.blackheartart.com)

I think we’ll play tackle football, helmeted, padded up, and knock the crud out of each other without doing any serious damage. How fun will that be?

Yeah, yeah…there’s always going to be some sanctimonious jackwagon out there saying… “I think God has more important things to do…yada-yada-yada…”

If I can give you a small bit of spiritual edification today—after all tomorrow is Sunday—when you get to Heaven you’re not going to be strumming a harp for eternity with glazed over eyes like Los Angeles Angels fans, believing Mike Scioscia will turn things around next year.

According to First Corinthians 2:9…it is going to be rockin…

Since I’ve been getting back into the swing of things this week, let me re-emphasize some stuff you may have forgotten about me:
—I like my prep playoff brackets based on geography.
—I want to see different private & public playoff brackets.
—I want to see more Saturday morning games.
—I want the state championship playoffs to go away.
—I think a door should be opened/created/whatevered/encouraged…to allow schools to drop their football programs.
—I think schools should make “Head Varsity Football Coach” a full-time teaching position.
—Oh, and since gender has been replaced by gender-identity and/or gender-expression…Is Title IX really necessary?

Funny, but I’ve hated the San Francisco Giants more this weekend than I have my entire life. Even in my years as a Los Angeles Dodgers fan, the Giants were more a subject of laughter than pain.

I did and do like the orange jerseys…and I was a big fan of Chili Davis…but now, after this weekend…I hope they rot… and lie stinking in the earth.

I’ve been working on a column based on “The Theology of You Suck!”…maybe I’ll release it next week. The thesis being that everybody is capable of sucking…everybody…and nobody should get a pass just for their intentions.

Example: “Jay Bruce is just 12-for-69 in his first 17 games as a Met, but at least he’s trying really hard and doing his best!”

Midbits: Tough to get hyped about the Smudge Pot game between San Dimas-Bonita in August…This is a rivalry game that screams to be played in October…These schools need to find some league opponents willing to make a switch…Tradition is one of the pillars that raises high school football above all other sports…The traditions have to be honored.

Midbits: As of 4:PM today…the Los Angeles Rams have 2,158 tickets remaining for sale…Now, I can guarantee you, those are of the “horseshoe” variety…