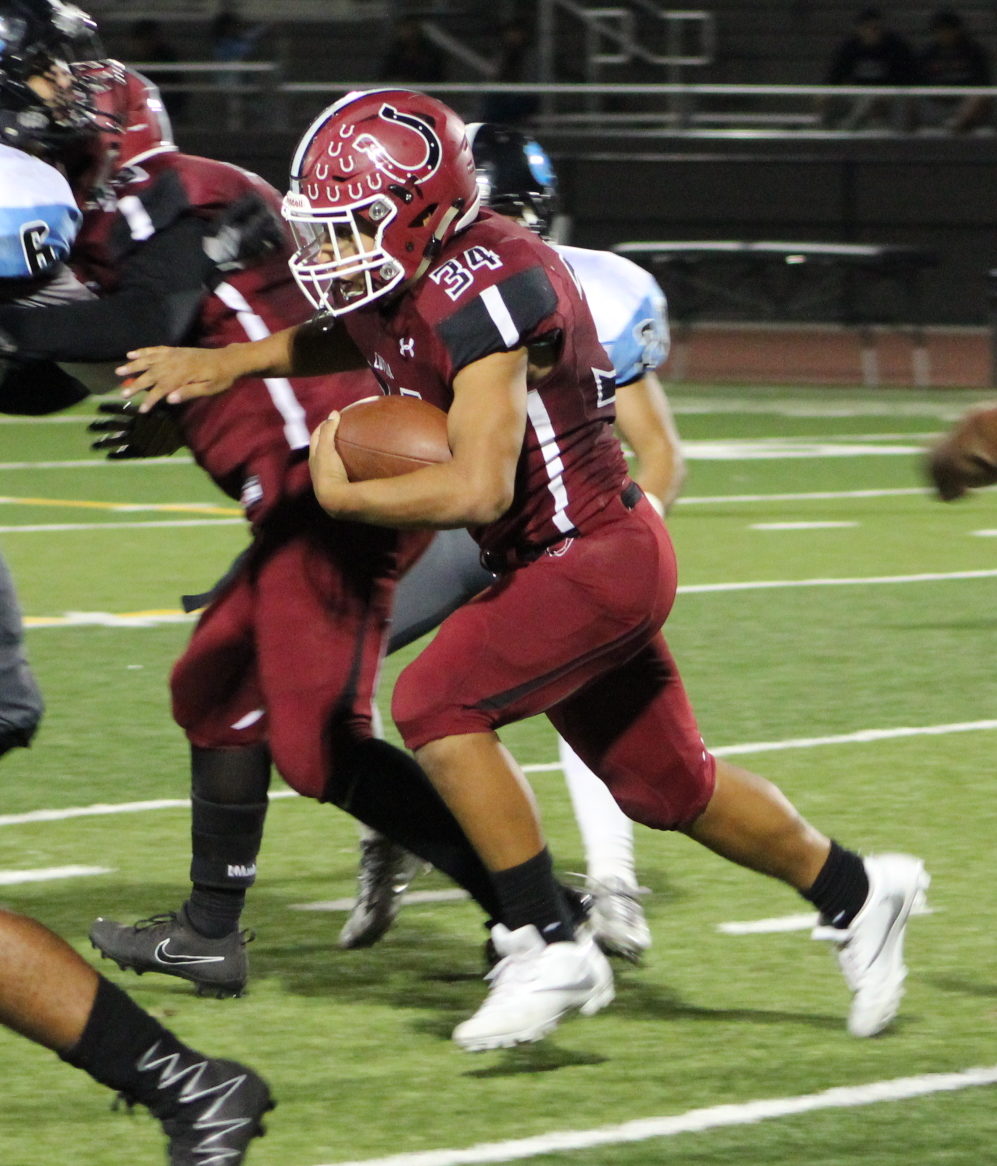 Covina running back Erik Cuellar burst on to the scene as a sophomore having a year for the ages.

in a 14 game season as the Colts made a run to the CIF Finals, Cuellar rushed for over 100 yards in 12 of the 14 games. In two of those games he eclipsed the 200 mark and when it mattered most, in the semi finals against Culver City, he rushed for 303 yards and five touchdowns. He followed that up with a 157-yard performance in the Finals against Katella.

When the dust had finally settled Cuellar had piled up a remarkable 2,302 yards and 20 touchdowns, averaging 7.9 yards per carry on the year. Cuellar was integral part of Coach Joe Brown’s offense, the ground attack part of a one-two punch with quarterback Nin Burns II who did his damage through the air.

Cuellar did get a taste of the varsity last year – a very small taste. He had five carries for 34 yards in four games. Then 2017 happened and Cuellar exploded. And to think Valle Vista League opponents have to see him for two more years.

Erik Cuellar is our Newcomer of the Year.