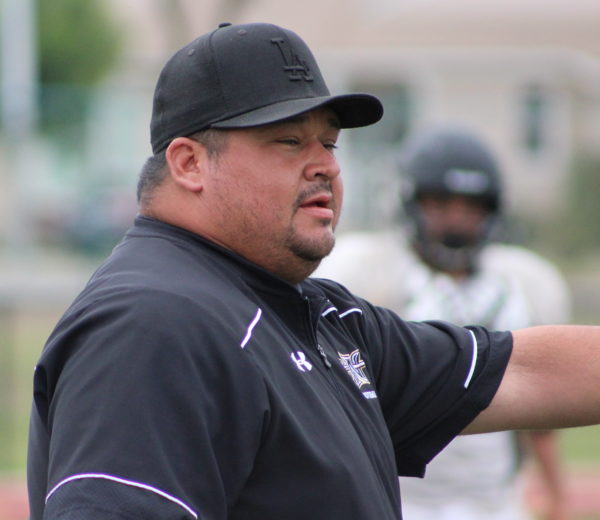 Marcel Perez has been the head coach at his alma mater, Northview for ten years.

Marcel Perez has been the head coach at his alma mater Northview for the last 10 years. He has guided the Vikings to an overall record of 78-36 and four Valle Vista League titles while sharing another. Northview has two CIF semi final appearances during Perez’ reign. I had the opportunity recently to have a Q & A with him.

Q: How are you and your coaching staff communicating with your players during this current pandemic?
A: As a coaching staff we have met with our players in google meets. We do workouts, watch film go over offensive and defensive scheme. Players and coaches meet in their position groups depending on the date and go over that days’ focus.

Q: I know you played High school football at Northview . What position did you play?
A: I played middle linebacker and offensive guard at Northview.

Q: When did you decide you wanted to be a high school football coach?
A: I will be honest I never thought about coaching until I was done playing and they said you’re all done and you’re going to be a teacher now go get a job. So I went to a couple of my old coaches and they said I should go talk to Mr. Sheehan at Northview and he will get you a job. that spring I was coaching football at Northview along with wrestling and track.

Q: Was it always your goal to Coach at your alma mater?
A: I never thought I would be coaching. I really never knew what I was going to do. I just went to school and loved playing football. Coaching has just been a plus. I get to do what I have done my whole life, play sports go to school and practice and doing it at Northview has just been a blessing … do I really get paid for this now?

Q: What coach had the biggest influence on you and why?
A: Man I have had some great coaches in my life. First my parents taught me about working hard getting up everyday and getting the job done. As a high school player Coach Gano, a players coach, always took care of his players. Coach Podley how to motivate and game planning, Coach Zernickow. Intensity coach Rick Ward and how to play linebacker Coach Monarez at Citrus scheme .. and as a coach Coach Ray Medina has always been someone I can bounce ideas off. With awesome people and great men and probably a lot more who have had influences on me – respect to all the guys who have taken the time to coach.

Q: Last year Northview went 8-3 overall and advanced to the playoffs. How does this year’s squad look?
A: Yes 8-3 last year. I think we will have a strong team this upcoming season, we will have strong defense and our offense will still have some weapons.

Q: Who are the 5 best players you have ever coached with a brief description of each player.
A: In my 16 years at Northview we have had some studs. I can’t pick just 5 but I love all my players who have come through Northview

1 Comment to "Q & A with Northview HC Marcel Perez"