Unless you’re a fan of the Texas Longhorns, or the Penn State Nittany Lions for that matter, this had to be the greatest Rose Bowl ever right?

It had everything – big comebacks (by both teams), controversial calls (on both sides), questionable coaching decisions, several huge plays, great performances and in the end a game winning 46-yard field goal as the clock hit zeroes. USC led by 13 points twice in the first half while Penn State was up by 15 as late as the fourth quarter.

USC quarterback Sam Darnold, a redshirt freshman, put on a show worthy of a senior Heisman Trophy winner as he threw for 453 yards and a Rose Bowl record five touchdowns.

Penn State running back Saquon Barkley wasn’t bad either with 194 yards rushing and a pair of scores. He also had 55 yards receiving and a touchdown. And how much pressure was Matt Boermeester under when he lined up for the 46-yarder with seconds left? Not much apparently as his kick sailed though the uprights at 00:00 giving the Trojans a 52-49 victory. 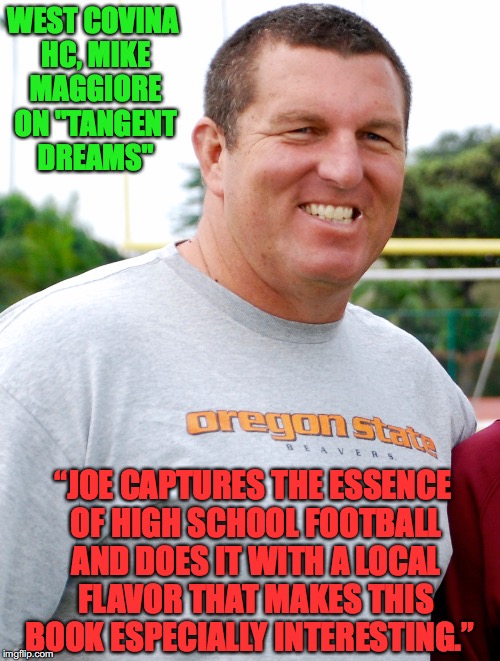 By the way the 101 points scored in the game was also a Rose Bowl record. Darnold’s TD strike to Deontay Burnett to get USC even in the fourth quarter was a thing of absolute beauty. It was one of those passes that just made you stand up and take notice. Another one to JuJu Smith down the right sideline was near perfection as well.

The referees missed that call ruling that Smith was out of bounds. But after a review of the play they got it right.

And for all of you local high school and USC football fans did you notice that Leon McQuay III, who picked off Trace McSorley’s pass that led to the game wining field goal for the Trojans was wearing number 22, which was former Temple City/USC star Desmond Reed’s old number? How cool is that?

I may be biased but the ejection of USC linebacker Cameron Smith for targeting in the second half was…how shall I put it?…well…horse crap. How can you throw a guy out for making a play? So now a coach is supposed to tell his players “Ok son, make sure you tackle him but just don’t hit him too hard.” Ridiculous.

The targeting rule should be eliminated completely in my opinion. It’s way too subjective and the punishment doesn’t fit the crime. I don’t know, how about a 15-yard penalty?

But hey what’s a great game without a little controversy?

What does Texas have to do with anything? Texas was the other team involved in what many consider the greatest Rose Bowl of them all. In the 2006 game the Vince Young led Longhorns beat USC 41-38 to win the National Championship. Texas was down by 12 in the fourth quarter before rallying to win. Stars like Young, Matt Leinart and Reggie Bush graced the field that day in what became an instant classic. It was also ABC broadcaster Keith Jackson’s last game as an announcer. Great game? Yes. But the 2017 edition was better. Why? Well for starters the Trojans won. I’m not rooting for no Texas!

Besides if this year’s Rose Bowl wasn’t the best ever than it was the 1975 game when Pat Haden hit Shelton Diggs for a two-point conversion to give USC an 18-17 win over Ohio State. The Trojans were crowned National Champions.

Alabama’s win over Washington surprised me only because it was 24-7 instead of 42-7. Clemson’s 31-0 rout of Ohio State was stunning. Some thought, including myself, that the Buckeyes would win.

Speaking of Alabama, what did Lane Kiffin do that ticked off Nick Saban to the point that he would send him packing before the championship game and put Steve Sarkisian in charge of the offense? Isn’t that a huge risk with a title on the line? All things considered I’ll take Clemson in an upset.

Is there anybody hotter in the NFL right now than the Green Bay Packers? They should take care of the Giants this weekend at home while the Lions, Green Bay’s latest victim, will fall to Seattle in the other NFC Wild Card round game. In the AFC I like Pittsburgh to end Miami’s season. In the other game the Oakland Raiders have problems. Matt McGloin, who was playing in place of the injured Derek Carr, went down with a shoulder injury. If he can’t go the Raiders will turn to rookie Connor Cook who replaced him Sunday in a loss to Denver. The Carr injury was devastating. The McGloin injury could be fatal. Does anybody have it as bad as the Raiders?

Tim can be reached at tim@midvalleysports.com or on Twitter @tspeterson40