“Why have you done this to me, Demi?”

Right off the Top: I was working at a camp last week, and the speaker was talking about the Exodus of the Hebrews from Egypt, and I began to wonder…what if Pharoah was Pharoah of the SGV and a huge football fan?

Moses comes to Pharoah and says, “Let my people go!”

“Who is the Lord,” Pharoah says, “that I should obey him?”

Moses then tells Pharoah that his valley is going to be hit with ten plagues until he relents and lets Moses’ people go. But Pharoah hardens his heart and says, “No way!”

So Moses takes his staff and sticks it in the ground at Covina District Stadium’s fifty-yard-line, and all the stadiums in Pharoah’s lands were stricken with Activities Principal’s giving school marching bands priority over the football teams.

A cry rose in the land, but Pharoah hardened his heart even more.

Then Moses took his staff and pointed once in each direction of the four winds, and all of the prep football teams in the land saw their best players transfer to either Bishop Amat or Cathedral. These schools lost no player to transfer, and they became stronger.

A cry, again, rose in the land, but Pharoah’s heart remained hardened.

So then Moses struck Pharoah’s professional team with the signing of Case Keenum!

The people of the land wailed and moaned and said, “Surely, it is better for us to die than to suffer Case Keenum at quarterback!”

But Pharoah, his neck stiff with pride, ignored his people.

Then Moses pulled out his wallet and threw it to the ground. He marched twice around it and tapped it with his staff…And ticket prices for all football games big and small, amateur and pro, increased ten-fold.

The people pleaded for Pharoah to let Moses’ people go but he would not.

Then Moses stood on the highest mountain of the land and slowly waved his hand over it and Time Warner took dominion of all football broadcasts, and the people went into the street tearing at their clothes and shouting to heaven for relief as only half of them were able to get Time Warner.

Pharoah then decreed that all his people must attend football games and ignore the sorcery of Moses. The people obeyed and left their home but were stuck in a plague of traffic more horrendous than any drive to La Mirada

But fearing Pharoah, the people pressed on through the traffic…And Pharoah smiled as the people came closer to their stadiums… “Who is Moses that I should obey his word or his God?”

Moses then called down a sixth plague on the land…As the people arrived at their stadiums, all the parking lots in the valley turned into the parking lots at West Covina and San Gabriel…and Cathedral…Attendants at the gates charged $12.00 to park in these lots.

The people called upon Pharoah, but his heart became even more hardened.

Moses then planted his staff at the entrance to the land’s greatest stadium which was home to Pharoah’s favorite team…and his favorite team hired Les Snead as its General Manager and Snead proceeded to trade away multiple draft picks to acquire an overrated quarterback and draft no offensive linemen.

After this plague of Snead, Moses returned to Pharoah and said, “Let my people go!”

“Go and take your troubles with you!” Pharoah answered.

But as Moses left, Pharoah’s heart hardened like that of an Almont League fan, and he refused to let the people go.

Time passed and the prep football season continued until the seventh week when the eighth plague struck…CIF issued forfeits for ineligible players on all of the first place teams in the land. Including the team that Pharoah’s son played for.

Weeping and gnashing of teeth struck the people as the playoffs began with Keppel, Ganesha, Gladstone and Blair all having number one seeds.

Then Moses heaped a ninth plague on the land—All the players in the NFL went on strike, and the playoffs and post-season were canceled.

Pharoah called Moses into his presence. “Depart from me you evil man and take your people with you for the next time I see your face you will surely die.”

“We will go,” Moses said. “But if you stop us again it will be by your hand that the greatest of all plagues will fall upon the valley…and then we will leave, and you will be unable to stop us.”

As Moses left he high-fived his brother Aaron and a cheer came up from his people.

Pharoah’s heart hardened as if he was a fan of Hacienda Heights Wilson. He reached for his cell phone and wrote a text to his general to prevent the people from leaving and to slay Moses…He hit send…The process bar moved across screen…one/third…half/way…three/quarters…and then it froze.

At the final hardening of Pharoah’s heart Moses raised his staff, cleared his throat, and shouted to the sky, and every Wifi connection to every satellite and router in Pharoah’s land went to dark.

People fell dead in the streets. When the smart phones stopped working at the dining tables, peoples faces fell forward into their meals because conversation was too much to bear. People slipped into comas because there were no messages boards to troll, students to call out, coaches to denigrate, lies to spread or careers to ruin.

And the hearts of those who survived found rest as Moses and his people departed the valley.

Moral story—let’s not be angry….After all, we could be San Francisco Giants fans… 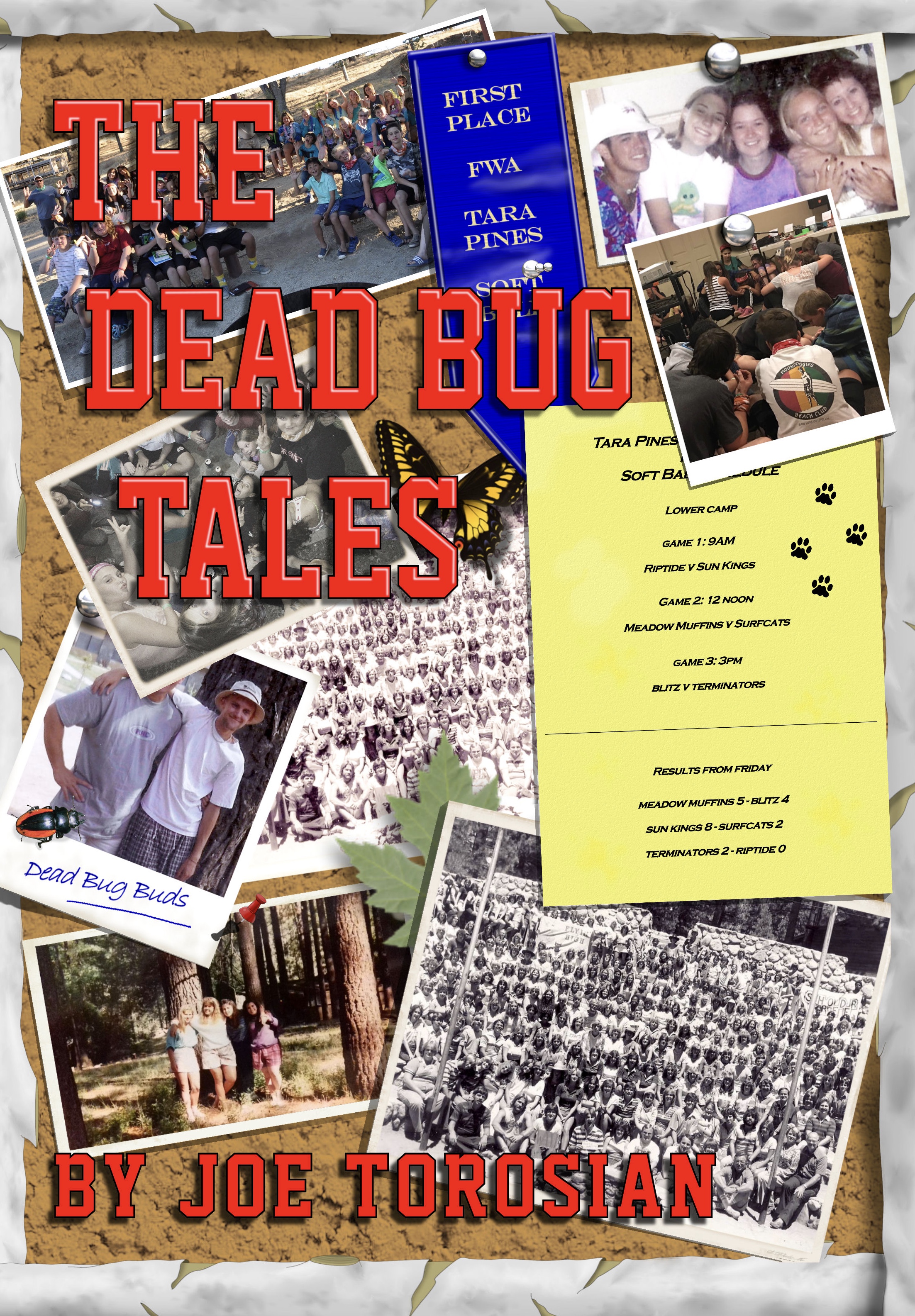 Midbits (same as ‘Tidbits’)
Midbits: For the record, when I said the Dodgers weren’t going to win the World Series in my last column that was not an effort to curse Clayton Kershaw…Kershaw could throw a perfect game in the LCS against the New York Mets and I’d be good with it…I’m sorry that he’s out…and it will be interesting to see if the Dodgers can rally again like last year.

Midbits: The Dodgers didn’t spend a lot on Yu Darvish (Willie Calhoun could be special) but they might not get a lot either. I guess an ERA over four in the sabermetric economy is okay.

Midbits: I’m kind of excited about Sonny Gray being traded to the Yankees…I might pick up a few more points for my fantasy team.

Midbits: If it’s going to be muggy, overcast and wet could I at least get a little thunder out of the deal? Some wrath of God like I just stole the Ark of the Covenant ka-booms?

Midbits: Since my positive vibes couldn’t push the Mets across the finish line…I’m forced to go into bitterman mode…Which means I’m rooting for anybody but the Dodgers…Unless it’s the Astros…I really don’t like the Astros…Why? 1980…Art Howe…Dave Goltz…

(28068)
$19.99 (as of n/a - More infoProduct prices and availability are accurate as of the date/time indicated and are subject to change. Any price and availability information displayed on [relevant Amazon Site(s), as applicable] at the time of purchase will apply to the purchase of this product.)

(24909)
$93.99 (as of January 23, 2021 - More infoProduct prices and availability are accurate as of the date/time indicated and are subject to change. Any price and availability information displayed on [relevant Amazon Site(s), as applicable] at the time of purchase will apply to the purchase of this product.)

(7520)
$49.99 (as of n/a - More infoProduct prices and availability are accurate as of the date/time indicated and are subject to change. Any price and availability information displayed on [relevant Amazon Site(s), as applicable] at the time of purchase will apply to the purchase of this product.)
Posted in Fanview | Tagged Fanview, Joe T., Joe Torosian, Mid Valley Sports, MVS, Tangent Dreams: A High School Football Novel, The Dead Bug Tales