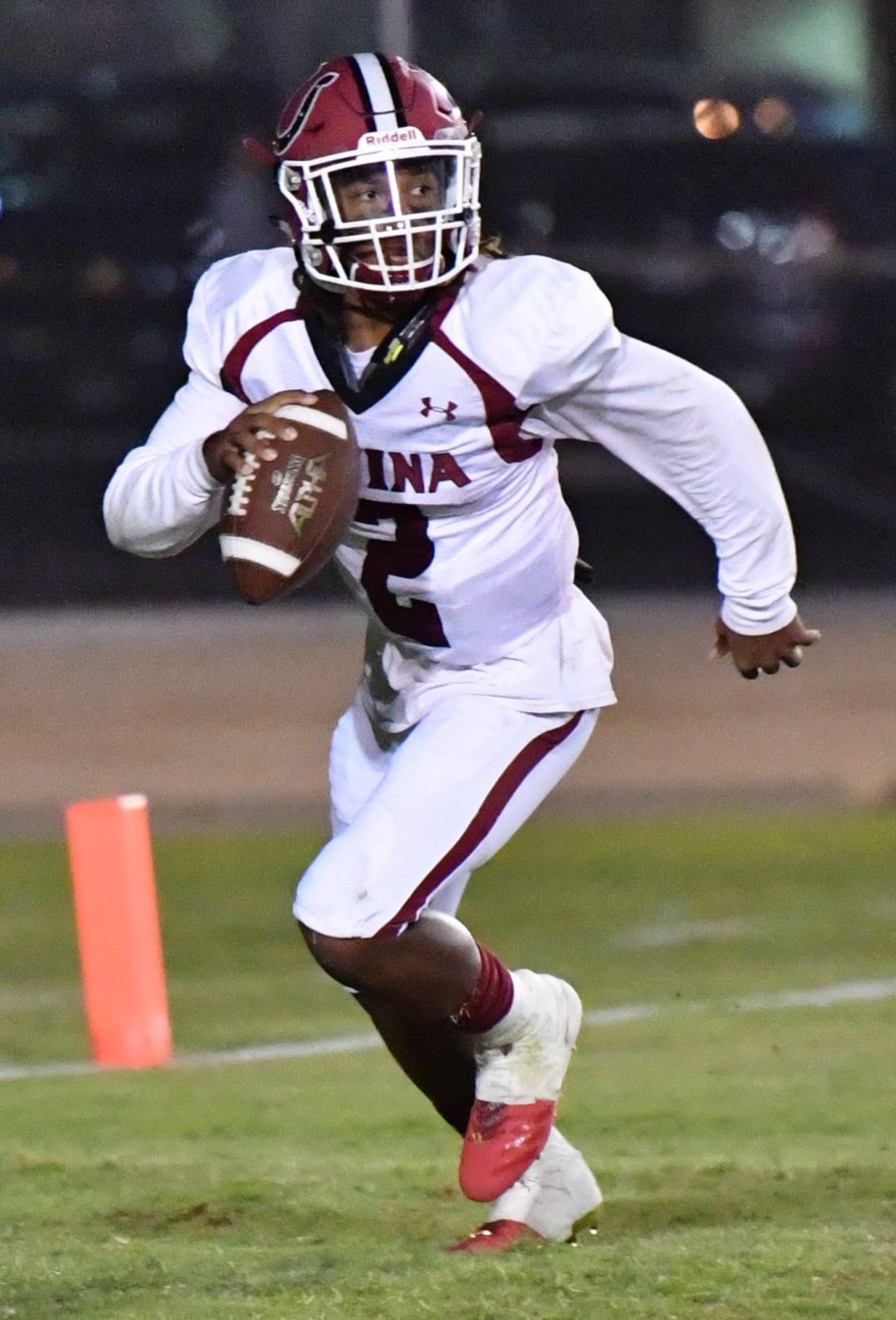 All kickoffs are at 7:00 p.m. unless otherwise indicated:

The Colts have won their last couple of games after losing their opener. They’ve racked up 91 points in their last two games. Montclair meanwhile has already won more games this year than they did all of last season. Covina, even though it has come against inferior opponents, seems to have gotten its groove back. Nin Burns II and company have the offense rolling. Colts look good for a W here.

Maybe  the best matchup of the week. Charter Oak hasn’t just been winning, they’ve been taking no prisoners. The Chargers brushed aside a solid Glendora team last week. Damien hasn’t been too shabby itself. The Spartans also beat Glendora and then pummeled Claremont last week. They should battle until the end, but somewhere along the way, probably in the fourth quarter, Charter Oak makes a play. They simply have too much. Chargers remain unbeaten.

Don Lugo took care of Monrovia last week after a one point win over Warren in Week One. Greg Gano’s crew can score and they may have to put away Northview. The Vikings were blitzed by Charter Oak, isn’t everybody? but have rebounded to knock off Rosemead and Santa Fe. Last year was a shootout and this year it looks like it could be the same. Steven Comstock and the offense will put up some points but the Vikings defense will need to make some stops as well. They may take some hits early but in the end they get it done.

Some people are surprised by the Conquerors start. New Head Coach Hector Spathias has yet to lose his first game through three weeks after taking over for Dale Ziola. Los Altos has scored 126 points during the three game run. Glendora is 1-2 but both of its losses have been to quality opponents. Nobody will run away in this one. Glendora may take an early lead but Los Altos should have enough to rally late and win. Conqs go to 4-0.

Montebello has been scoring a ton of points. The problem is they have been giving up almost as many. That may or may not work against El Rancho. The Dons have been up and down. Last week they racked up 35 but still fell short to Pomona in overtime. This one has shootout written all over it. It could be the last team with the ball wins. Gabriel Tapia and the Oilers are the last men standing. Montebello…barely.

Last year it was all La Salle. The Lancers ran all over the Mustangs from start to finish to the point of embarrassment. This year La Salle has been up and down after losing some key talent from a year ago. They fell to Arcadia but outscored Monrovia before losing at Birmingham. Muir has rolled in its first two game however the opponents weren’t exactly USC and Alabama. That being said the Stangs did what they needed to do. Rarely has the gap closed that much in one year between two teams, but in this case it has. Muir wins in a close call.

Any other year the advantage would go to West Covina. Not this year. The Bulldogs have a new coach and a lot of new faces and it has showed so far on the scoreboard. It might take Corey Tello a couple of years to get things going down on Cameron Ave. Schurr suffered a painful loss last week at Arroyo, but it might just be the medicine needed for the Spartans to get back on track. Miguel Aguero and Lance Babb are a tough pair to deal with. Schurr gets the W.

So far so good for St. Franks. Two games and two easy victories. The Golden Knights dropped 48 on Mira Costa which is a solid team and 42 on Pasadena, which is…well not so much. La Serna fell to La Costa Canyon but then rebounded to beat Troy and that same Mira Costa team. Last year was a three point game and this year has a similar look. The big question is can La Serna slow down St. Francis quarterback Darius Perrantes who has thrown for 539 yards and 8 touchdowns in two games? Well, yes to a point. Perrantes probably won’t go crazy but eventually he’ll make enough plays. Golden Knights emerge with the victory.