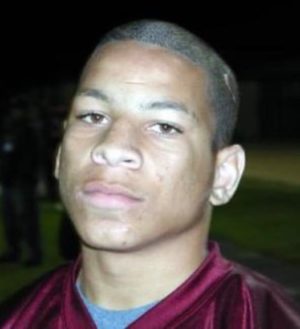 Tra Sumler is number one on Matt Koffler’s list.

Matt Koffler is a former area coach who had stops at Warren, La Puente and Edison but is best known for his time as HC at Rosemead where all five of his players on his list came from.

2. Deon Sumler (RB/DB, Rosemead): Deon Sumler actually played his junior year with a torn ACL!! Yup! I didn’t practice him much during the week to not make his knee swollen. So good on Offense/Defense and in the kick return game as well, he was super quiet and super super smart on the field, was like a coach out there.

3. Josh Casey (OL/DL, Rosemead): Josh was as good as they come on the Oline/Dline. He was so agile and so tough. Used his hands extremely well. First step was explosive. Reason why we ran the ball so well.

4. Matt Fregoso (RB/DB, Rosemead): Matt never left the field. Was in all special teams and played both ways. He was so smart and fluid. Knew exactly all the blocking schemes so he knew about all the defenses and their weaknesses. Had back to back over 300 yard rushing games and 13 TDS in a two game span. One was in the playoffs.

5. Joey Ray (WR/ATH, Rosemead): Joey is from the 1999-2001 team. Shut down corner and a big slot WR who caught deep balls and screens. Huge in the Kicking game as a kick returner as well. Explosive. Reminded me of Deion Sanders.

Note: All five of my best players were multiple sport athletes as well.

Five Players I coached against:
1. Rishard Matthews (WR/DB, Saddleback): I believe he was in the NFL for more then 6/7 years.