Anybody else forget that the Dodgers acquired Mookie Betts? I saw a headline the other day that reminded me that yes, he was indeed a Dodger.

A total shutdown of sports for three months tends to do that to you. Didn’t they pick up David Price too? Thought I heard something about that. I was talking football with a guy the other day and he told me he liked Tampa Bay this year because of Tom Brady and Rob Gronkowski? Wait, they got Gronk too? When did that happen?

I like the Rams personally. I mean I like the Rams as a fan but I do wonder if they have done enough to improve on a team that missed the playoffs last year. Can Cam Akers or Darrell Henderson Jr. have the impact that Todd Gurley did a couple years ago? Will Jared Goff improve? Does the defense have enough? Yeah, there’s a lot of questions about the Rams.

Speaking of the Rams head coach Sean McVay won my Twitter poll of who should be the next coach on the MVS Q & A. But since he’s currently not available I’m going with Warren’s Kevin Pearson who finished second. The interview will be posted soon.

I can live without professional sports. Now don’t get me wrong, if the NFL gets shut down, yes that would be a major bummer. But so far I really haven’t been affected by the sports lock down. The NBA was on the home stretch anyway and they look like they’ll be back next month with playoffs coming soon. We cover the Galaxy in the MLS but only the first half of the season was lost and the league has announced they will have a tournament in July as they get set to resume. No big deal. Missing out on opening day for baseball was a little rough and now the whole season may be in jeopardy as the owners and players exchange barbs. Kind of a drag, sure, but it’s not going to kill me. A 162 game season is too long anyway. I can live without it for one year.

But what I can’t live without? High School football. And not just the games on Friday nights. I miss the whole high school football season – the passing leagues, the four-way throws, the lineman competition, the whole shot. In fact the lineman competitions might be the coolest thing of all. The West Covina comp was a must see every year. Is there a better picture than a kid pushing and pulling a large truck tire down a football field? Or four kids working together pushing a Ford Expedition to a finish line? All that is gone this year.

So far COVID 19 has forced the cancellation of not only the lineman competitions but also the Super 7 Charter Oak Tournament, the Rumble at the Ranch (El Rancho), the Air Assault at Bonita, and the SGV Shootout at Arroyo which is traditionally scheduled in July but was in late June last year. And then there were all the 4-way throws that happened during the week. Arroyo used to host at least two on a weekly basis all summer. All gone!

Man it’s killing me! Walking out to a field, snapping pictures, talking to coaches about returning players, upcoming schedules, realizing that the receiver that you thought was a senior last season, still has a year left…I miss it all. We may still get the season, but there’s already been a huge void for me this year. A year without passing leagues is like a Double-Double without cheese. It just doesn’t pack the same punch.

Over the last few months, all of the coaches I’ve interviewed feel that there will be a season in one form or another. It could be shortened or possibly with restrictions but they do think there will be football. Northview head coach Marcel Perez had the best line. “Will it be abbreviated? I don’t know. That’s up to the guys who get paid the big bucks.”

According to CIF a decision will be made no later than Monday July 20th. Here’s hoping the guys that make the big bucks give us a season. I don’t care about Mookie Betts. Just give me some high school football.

Tim can be reached at tim.midvalleysports@gmail.com or on Twitter @tspeterson40. 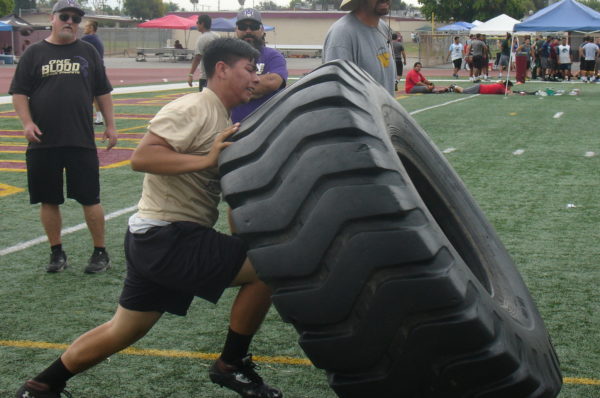